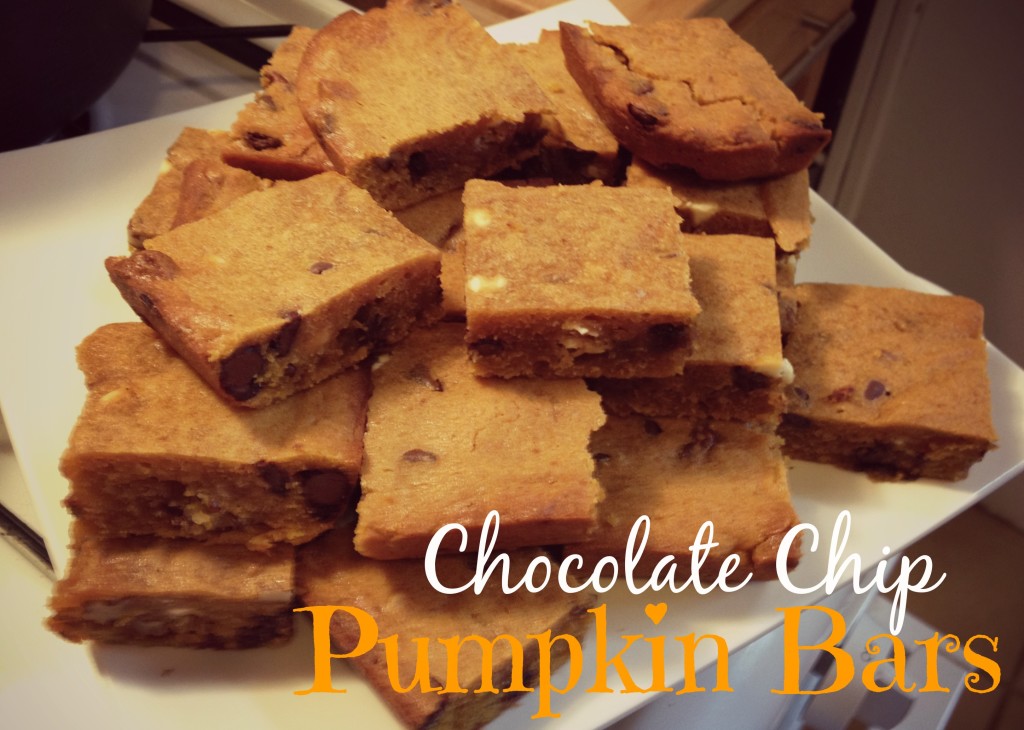 Fall is here and we all know what that means!  Pumpkin is everywhere. Literally.  I was craving something sweet today and in the mood to bake.  However, it was my day off and I was in no hurry to shower and look presentable.  So I did a quick mental inventory of  all the baking items in my pantry.  I remembered I still had a few cans of pumpkin from last year and I thought it would be fitting seeing as it’s now officially October.  Also I’m obsessed with bars, brownies and blondies of any kind.  This recipe is adapted from a blondie recipe that I use all the time from The Cookie Bible.  It has yet to let me down.  I adjusted the ingredients slightly to accommodate the pumpkin and I think it worked out quite nicely.  They are flavorful and extremely moist, which for me, is a must for any kind of bar cookie. 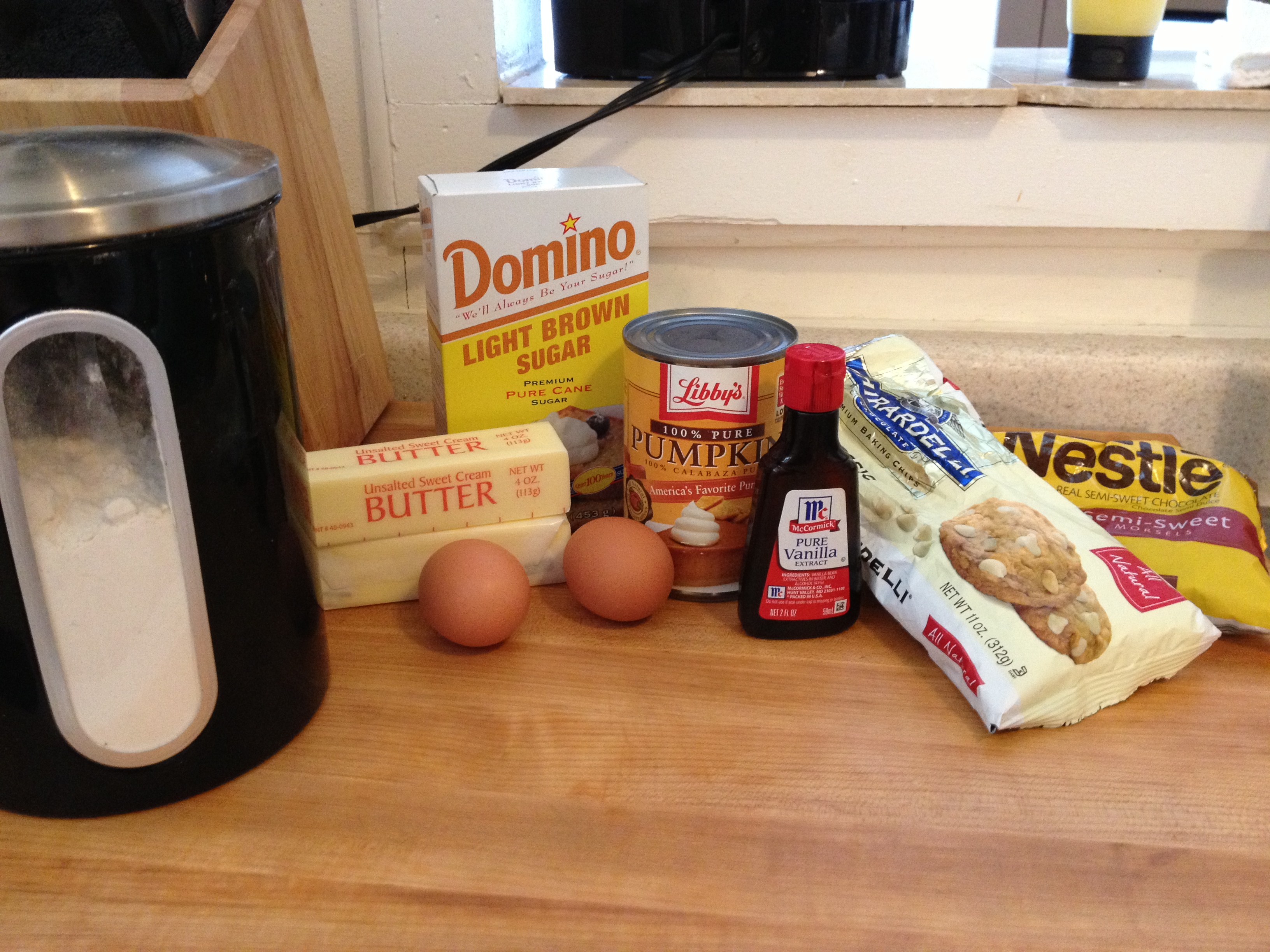 The ingredients are above, I forgot to picture the cinnamon! 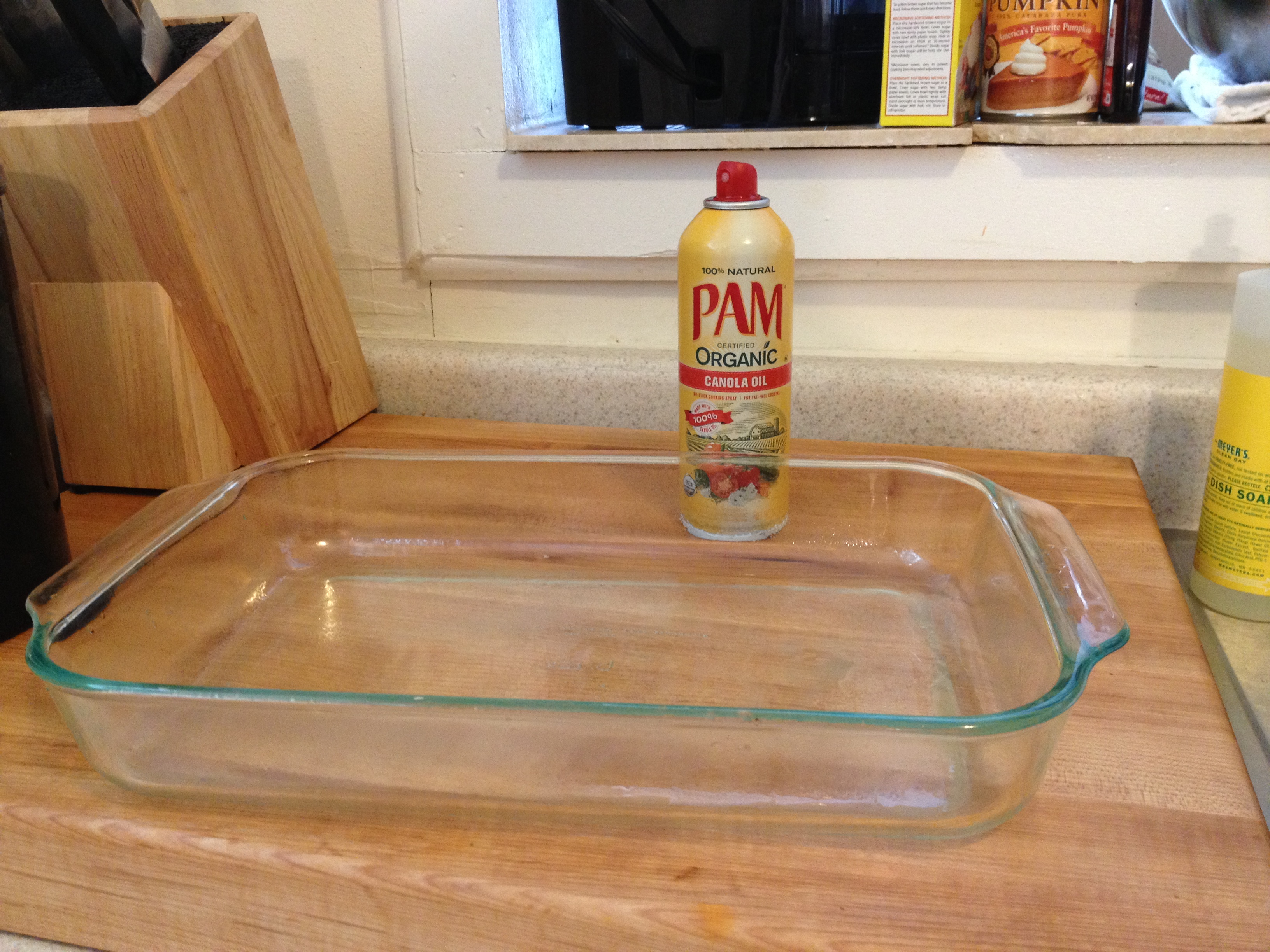 First, grease your baking dish and set oven to 350° 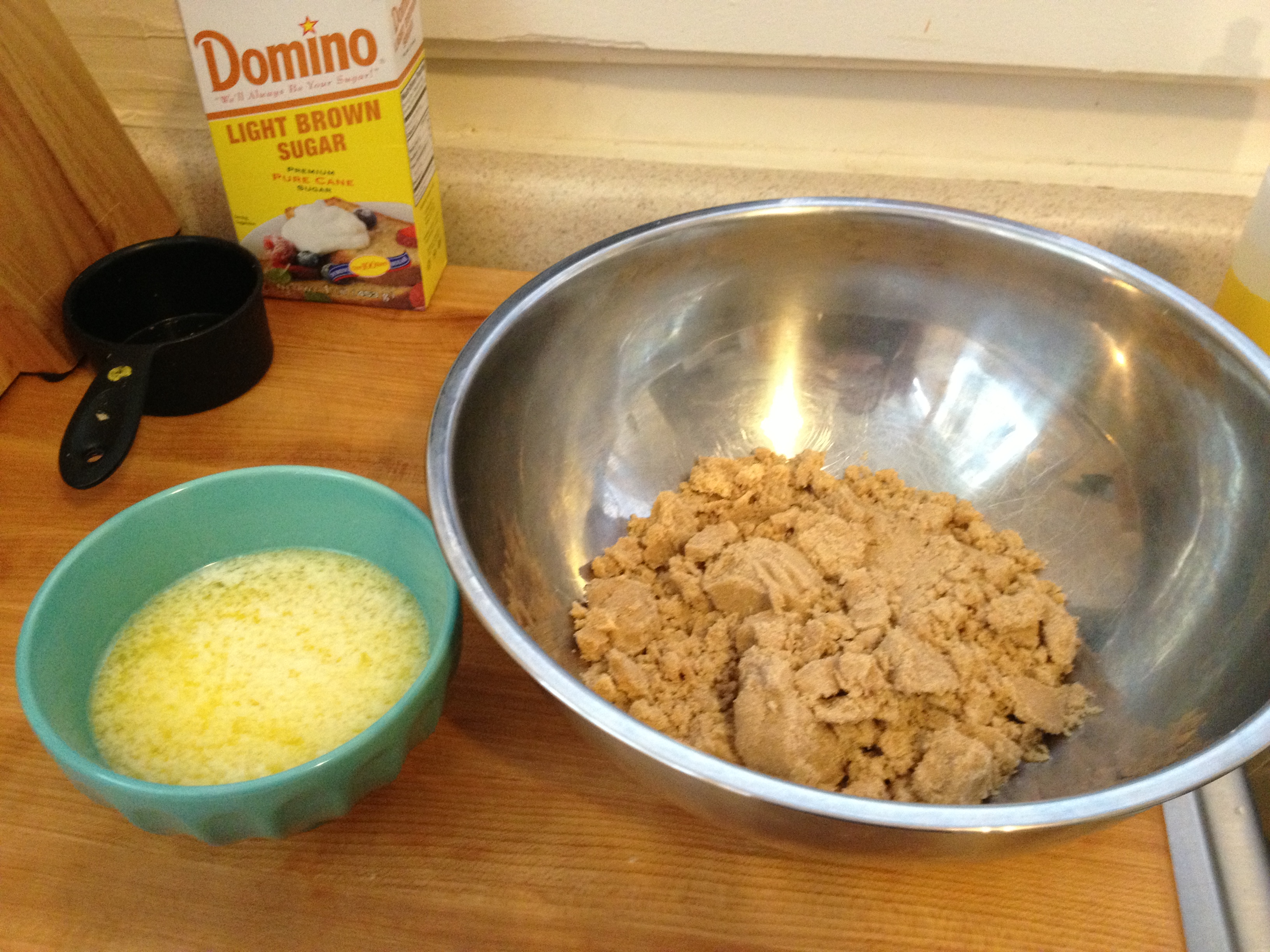 Next melt the butter and mix with brown sugar 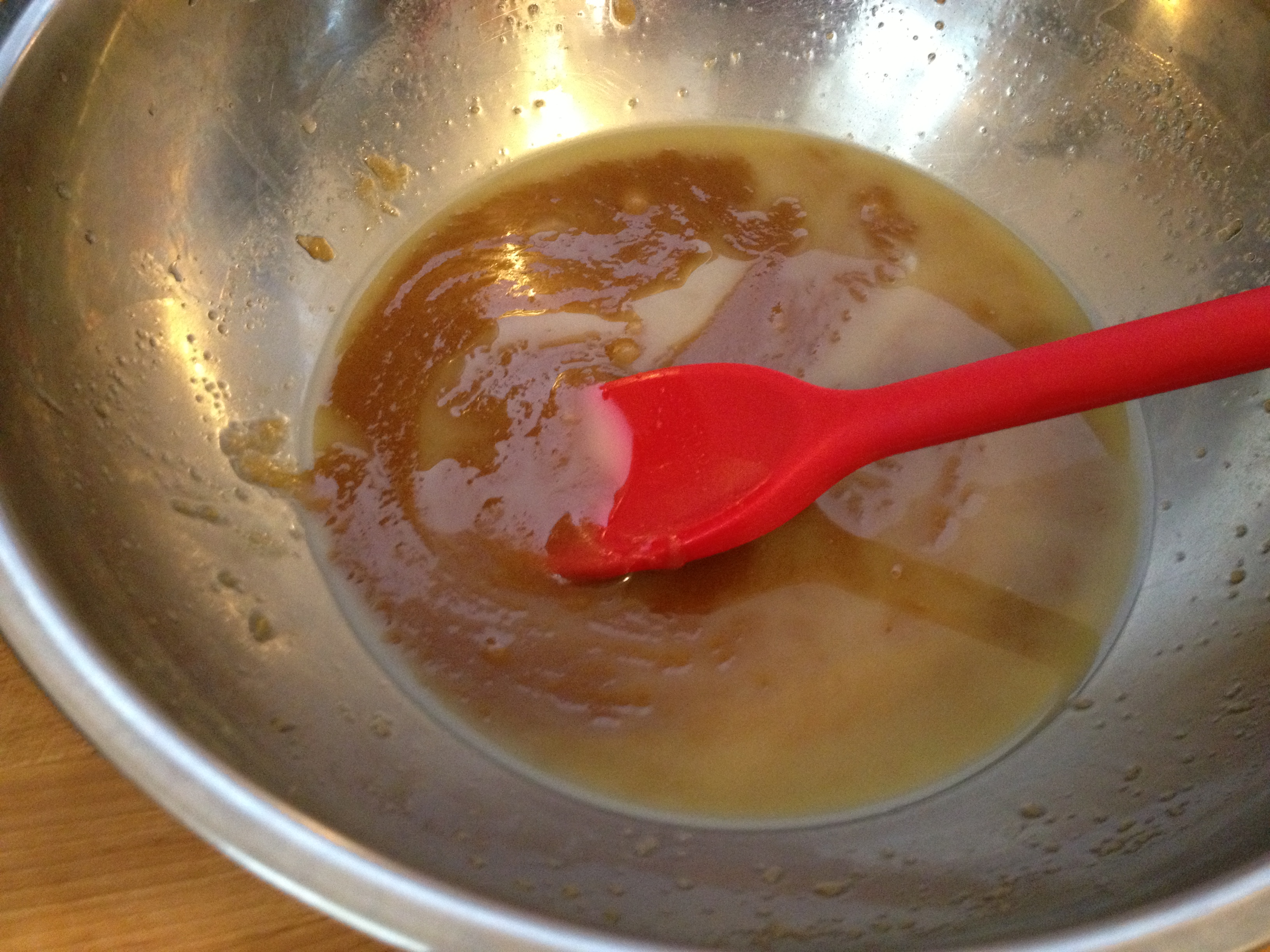 Don’t worry if the mixture looks greasy, it will all blend in with the remaining ingredients 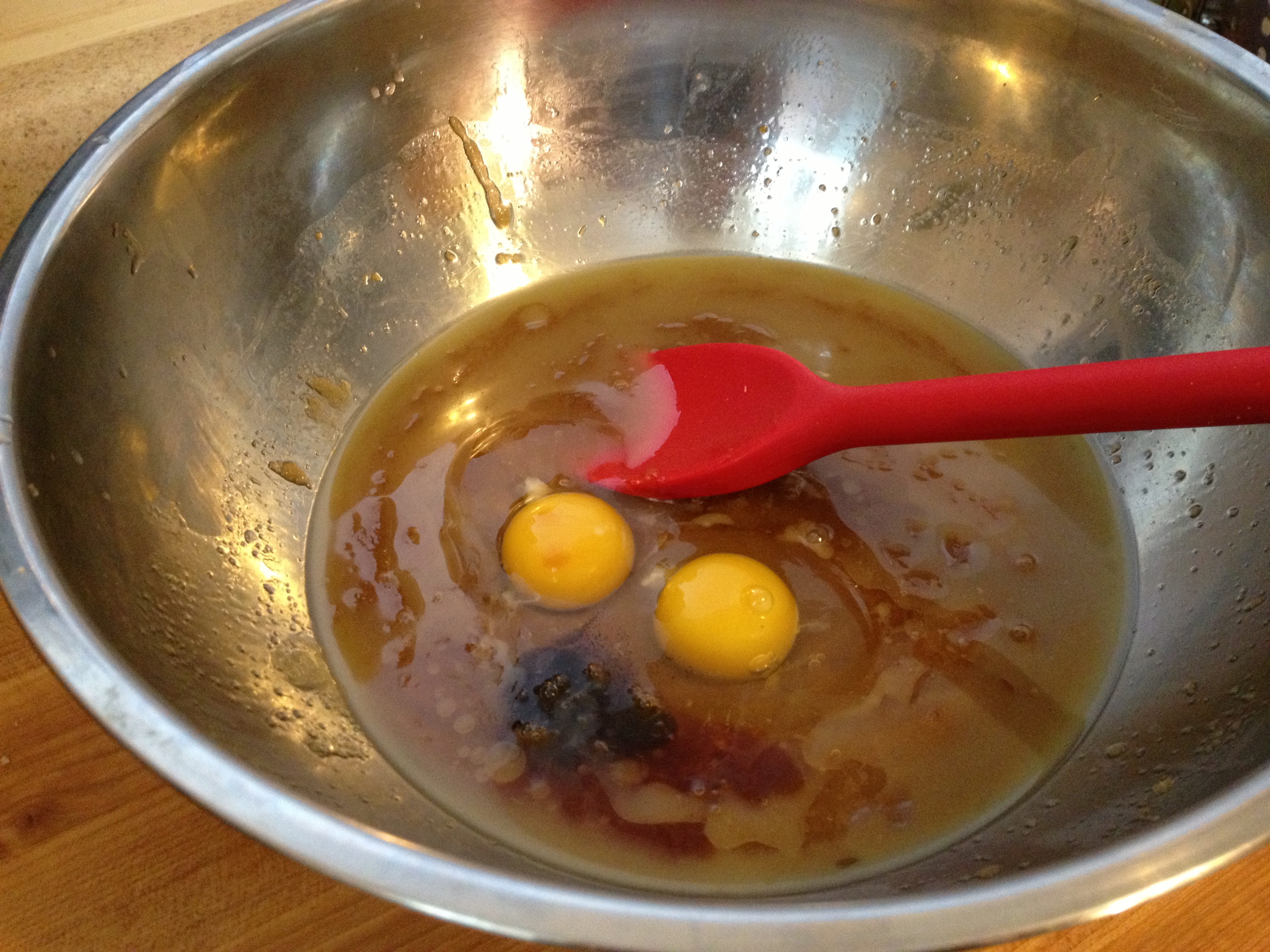 Next stir in the eggs, vanilla, salt, and cinnamon 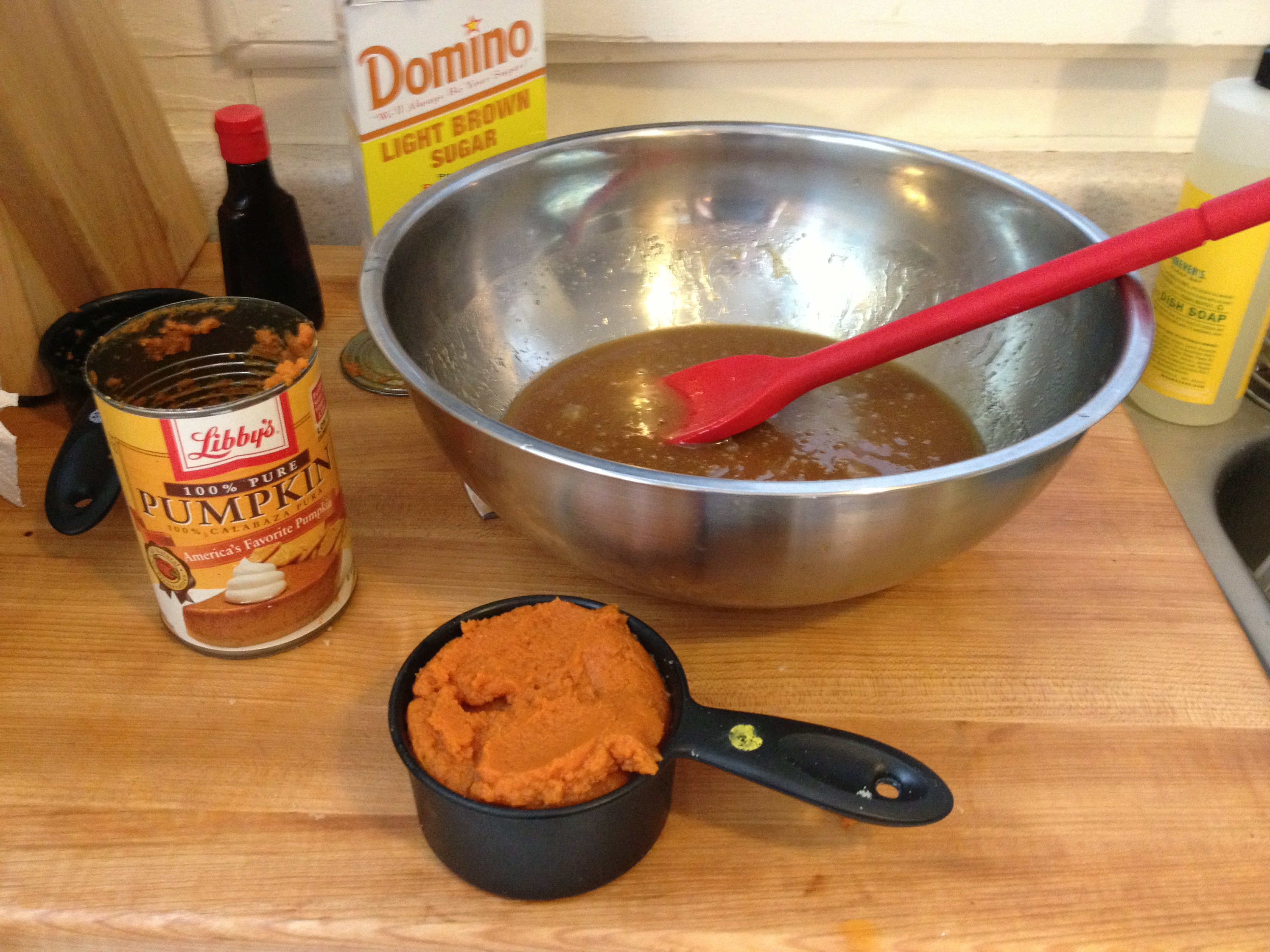 Now it’s time for the pumpkin, 1 cup is roughly half a can of pumpkin purée.  I wish this recipe used the whole can because it’s annoying to have only 1 cup of leftover pumpkin.  What to do?  The  purée will last a week in the fridge in a covered container.  You could mix it with cream cheese and cinnamon for a bagel spread, or mix into pancake batter for a delish weekend breakfast.  Freeze it if you have to, you’re sure to find a use for it by Thanksgiving. 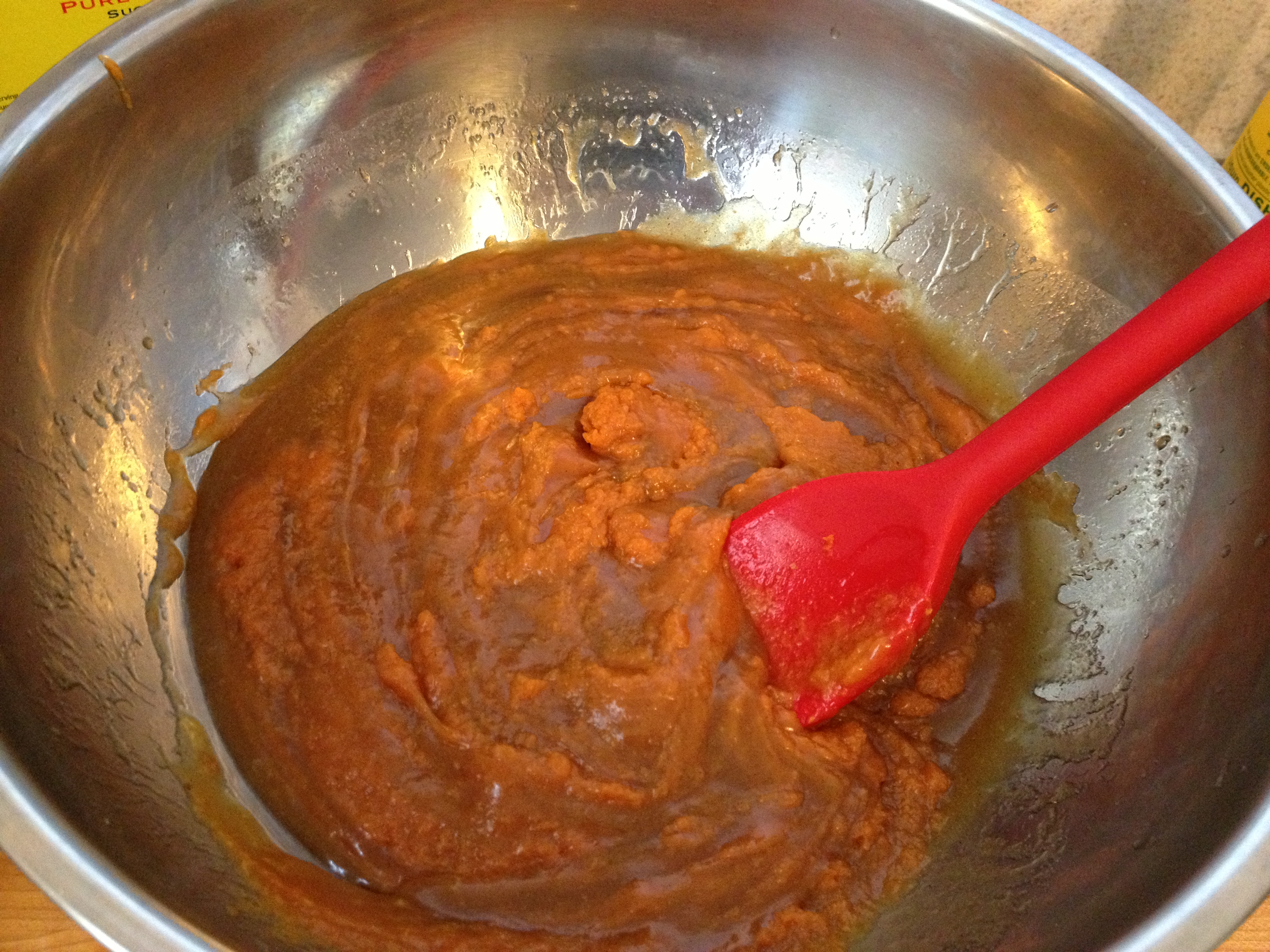 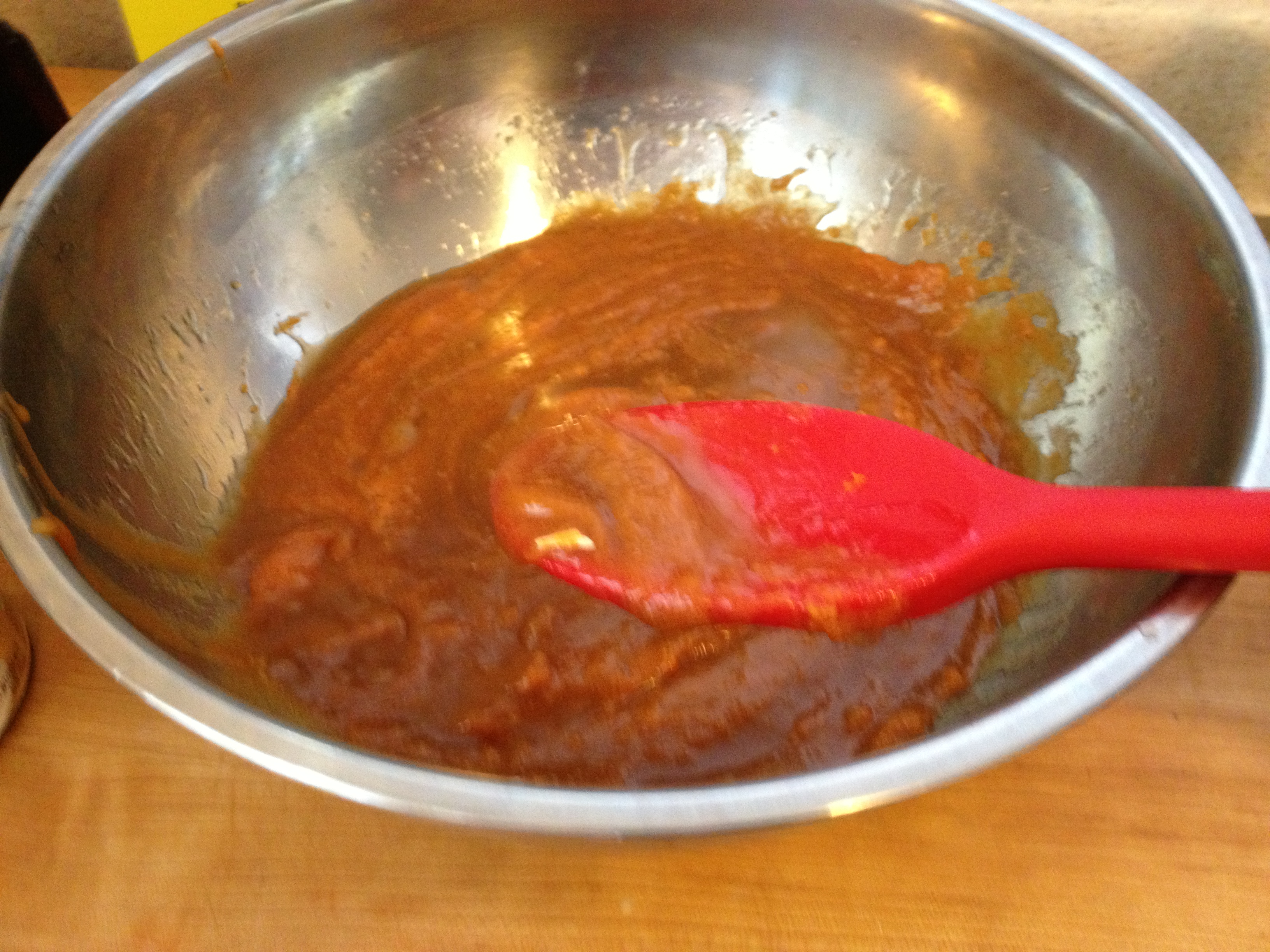 And then if you’re me, you take out the eggshell that accidentally made it’s way in the bowl, whoopsie! 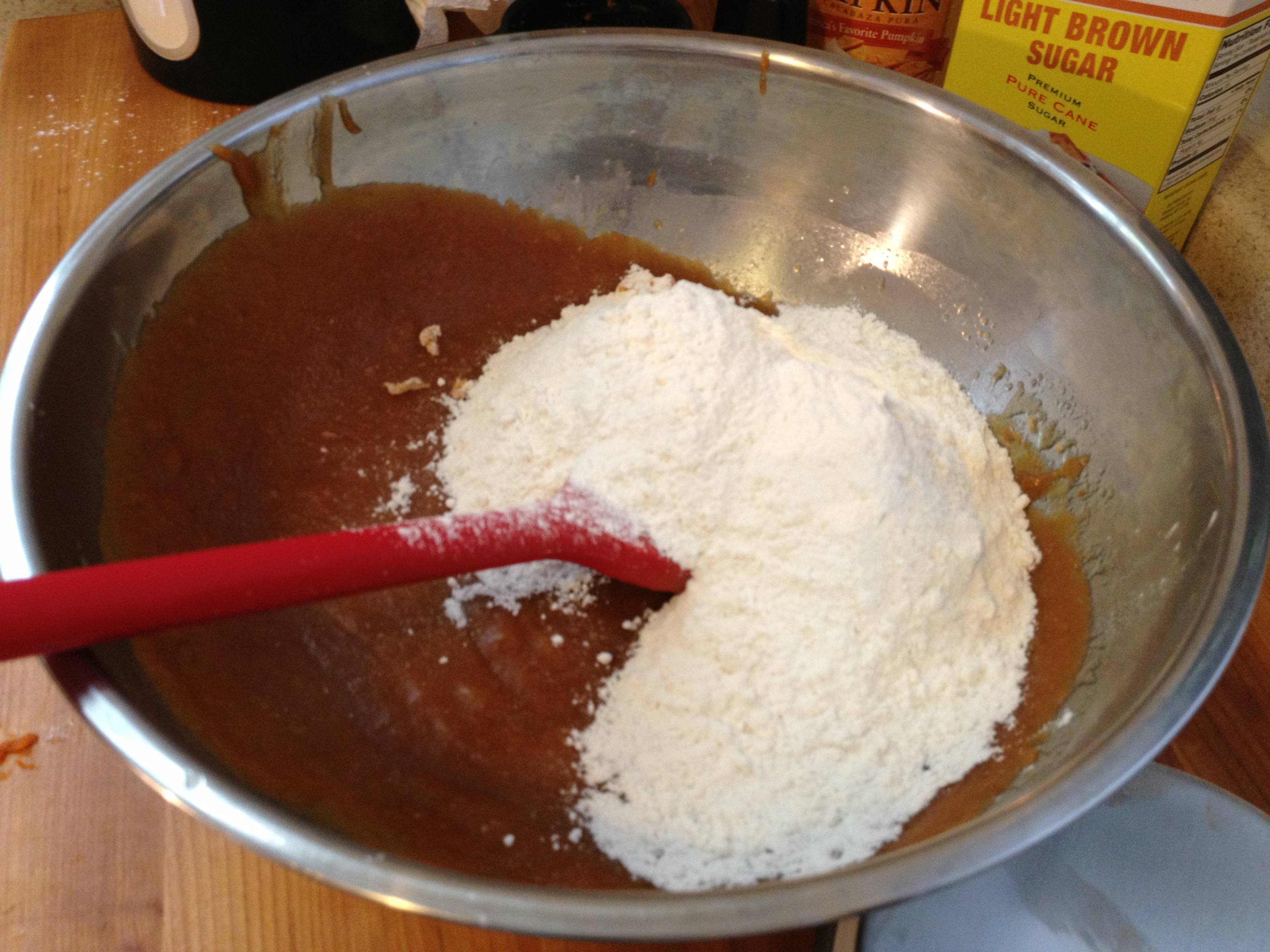 Then fold in the flour, be sure not to over mix.  I resisted the urge to use my lovely kitchen aid mixer, because I prefer a more dense pumpkin bar, not a fluffy cake-like bar. 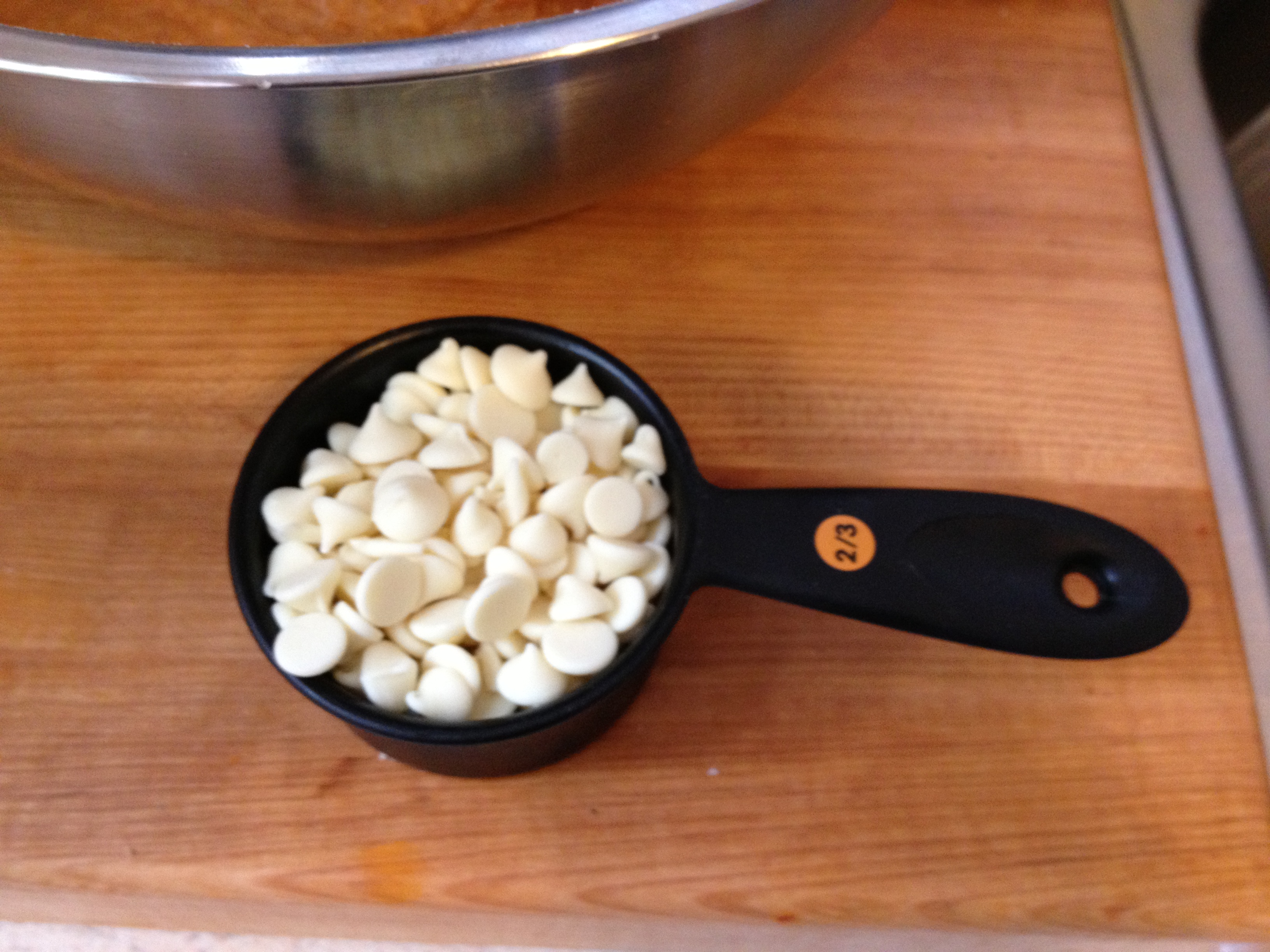 Now comes the fun part!  The original recipe calls for 3 different mix-ins, 2/3 cup for each.  I happened to have white chocolate chips in the fridge, so I used those. 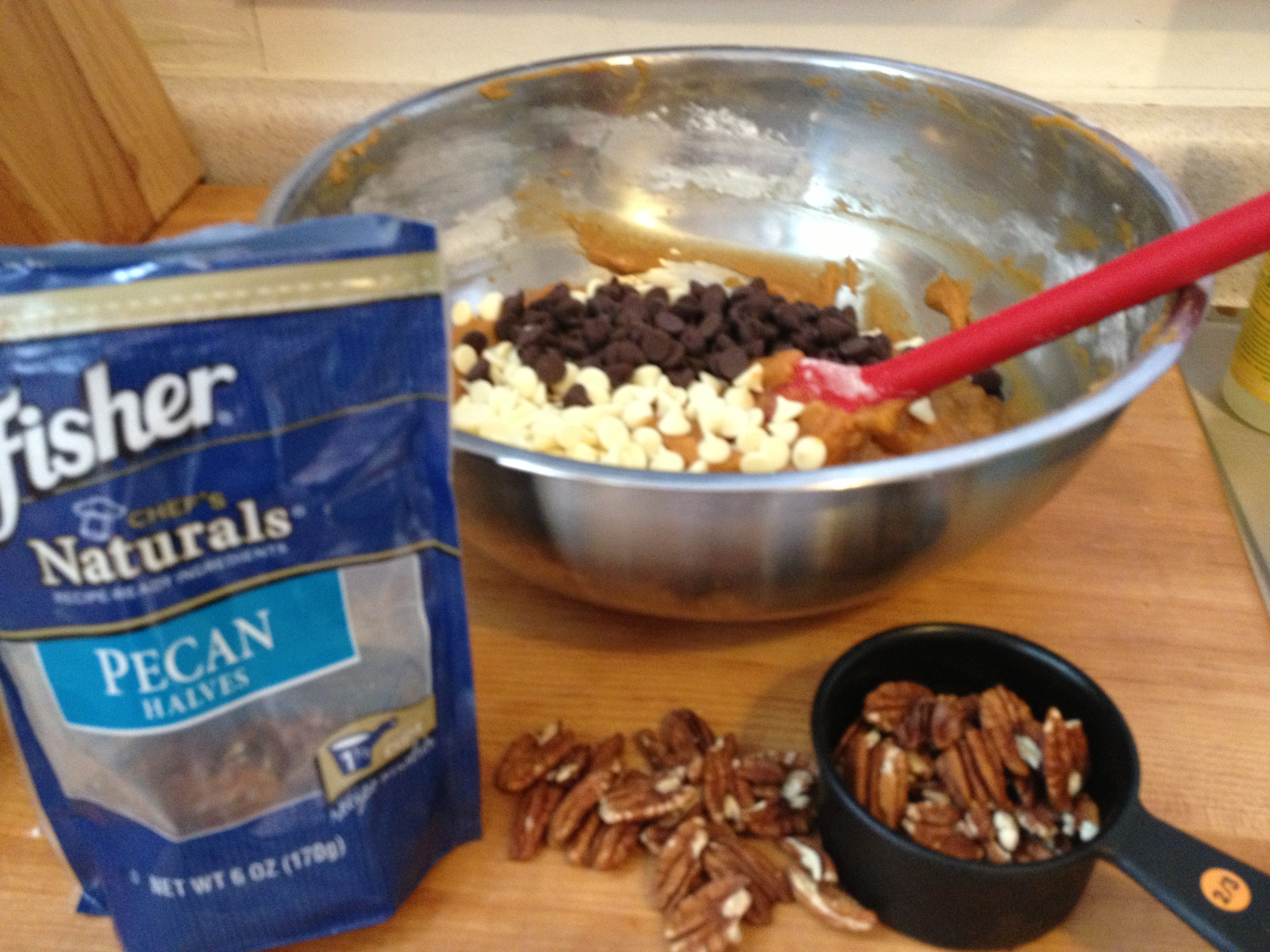 I also used semi-sweet chocolate chips.  Then I decided they needed some crunch.  We had some pecans in the freezer so I used those too!  These would also be really nice with dried cherries or cranberries for the fall. Yummy! 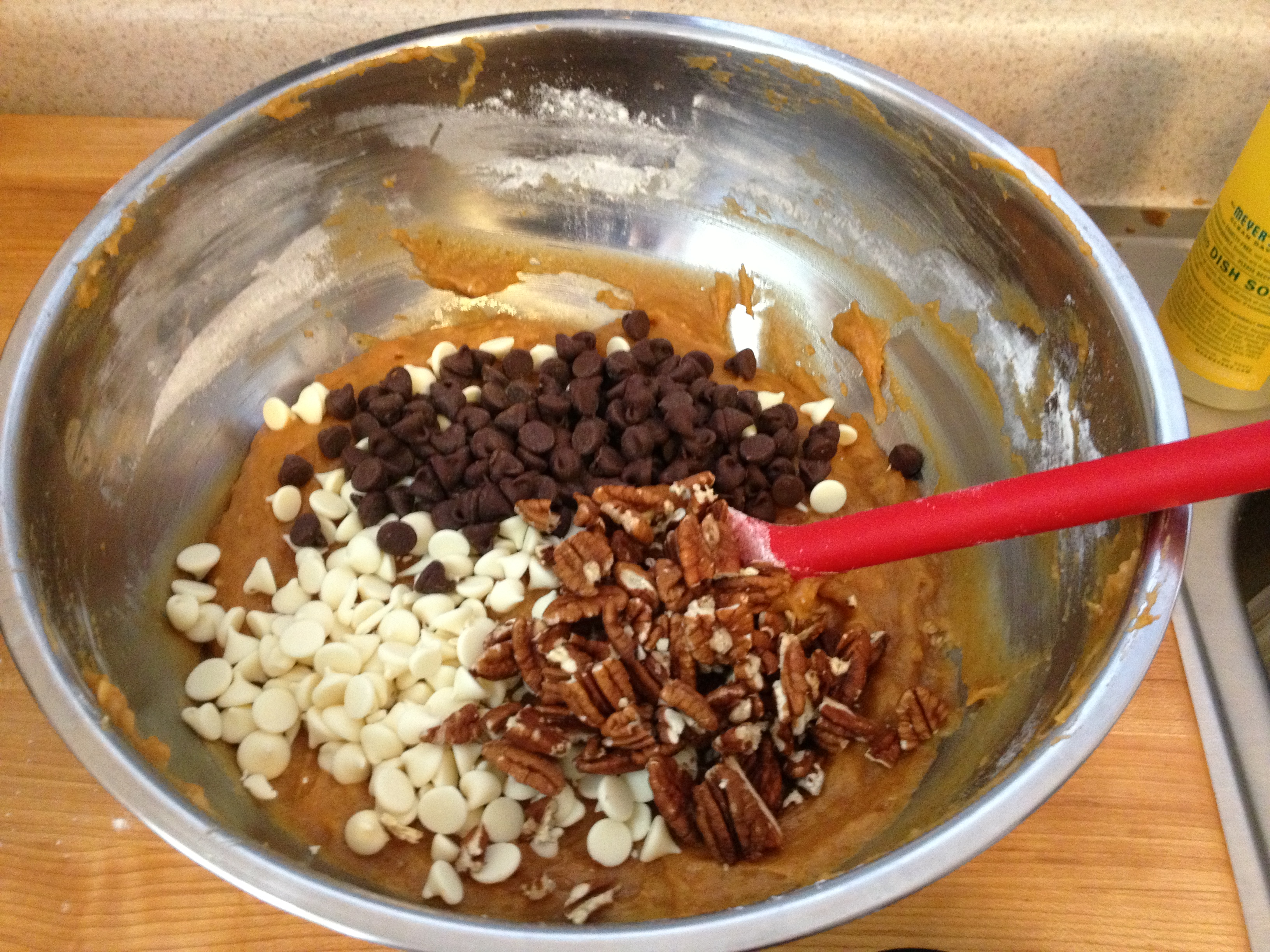 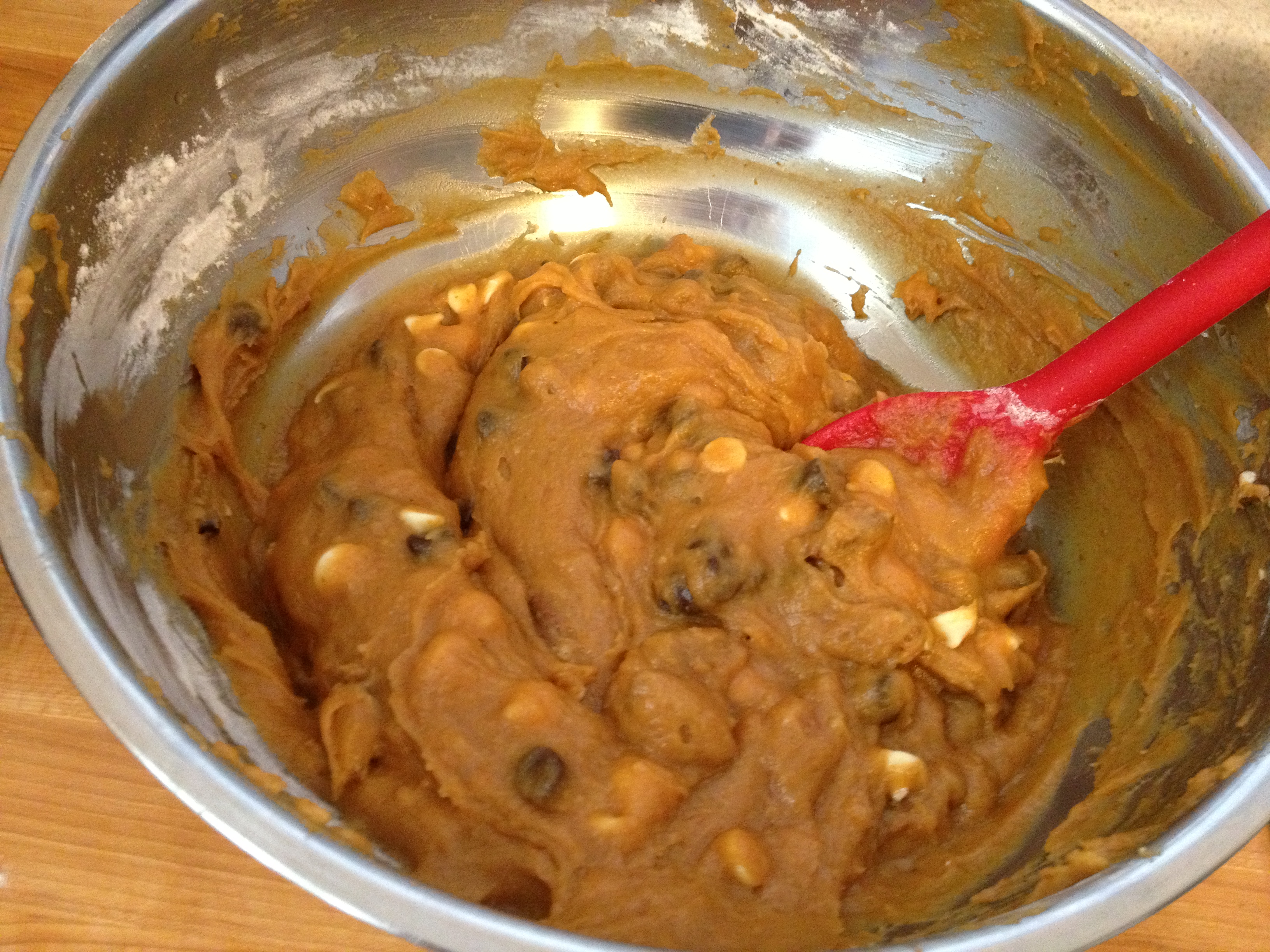 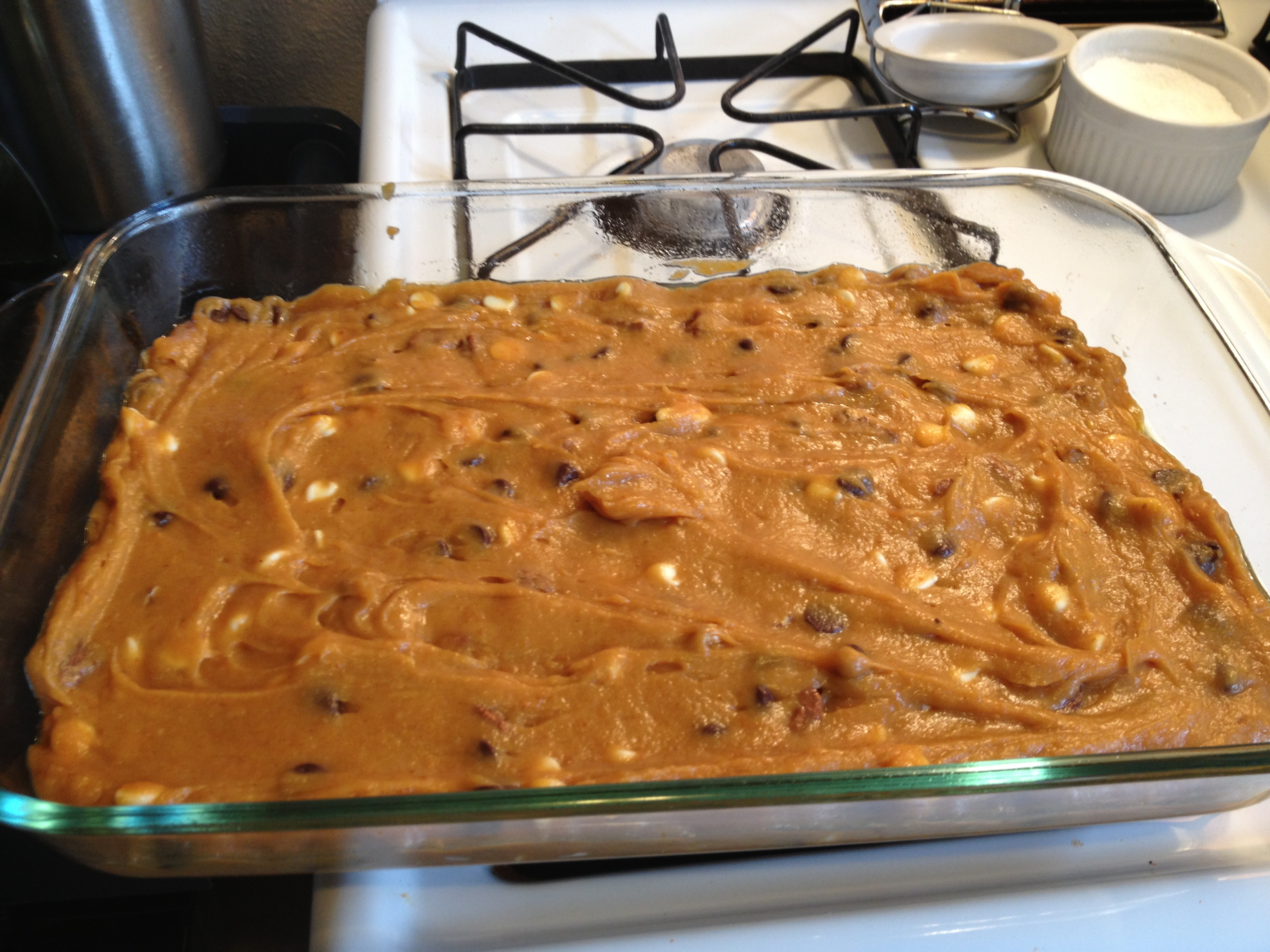 Throw them in the oven and then 30 minutes later…..VoiLà! 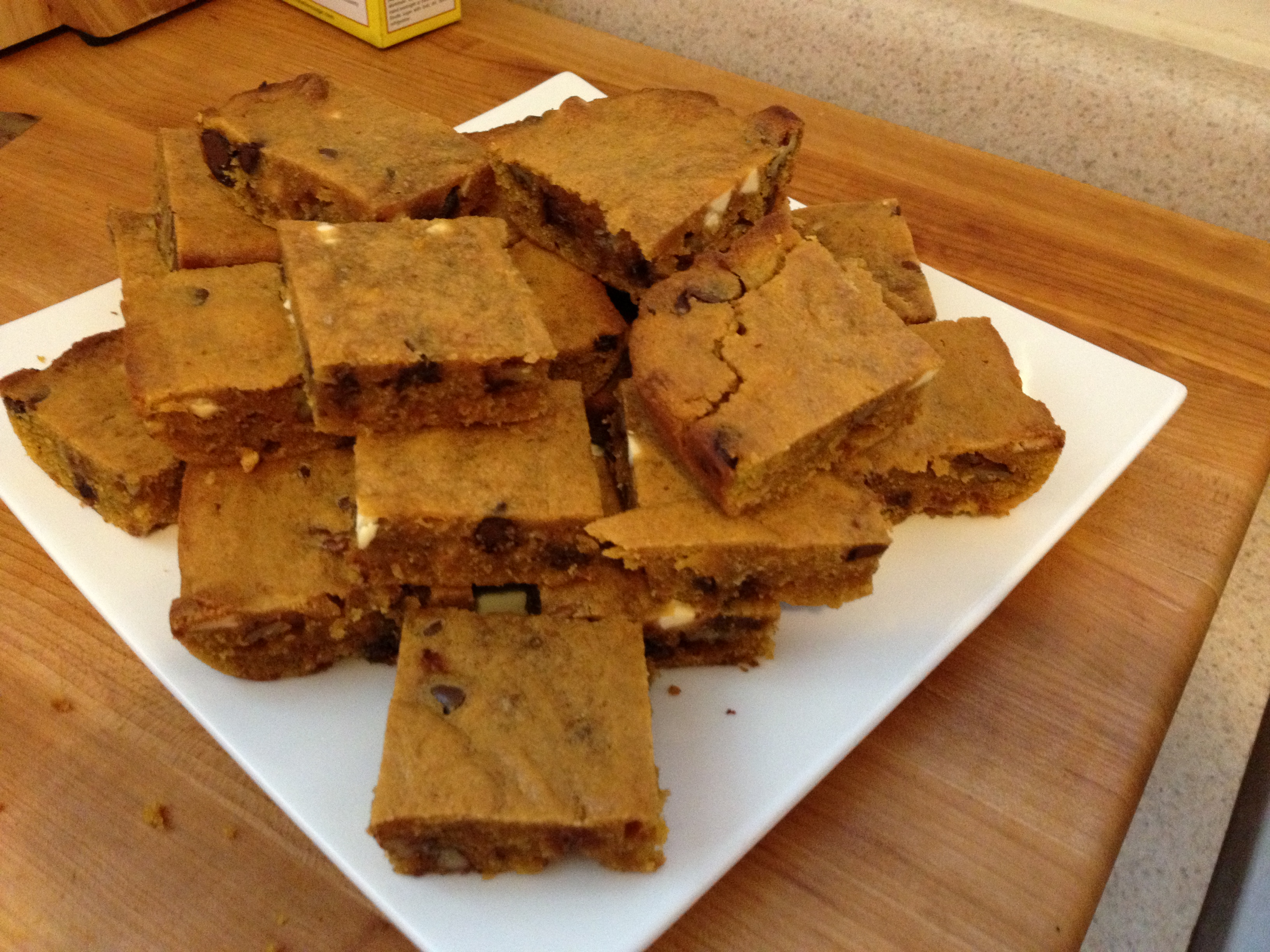 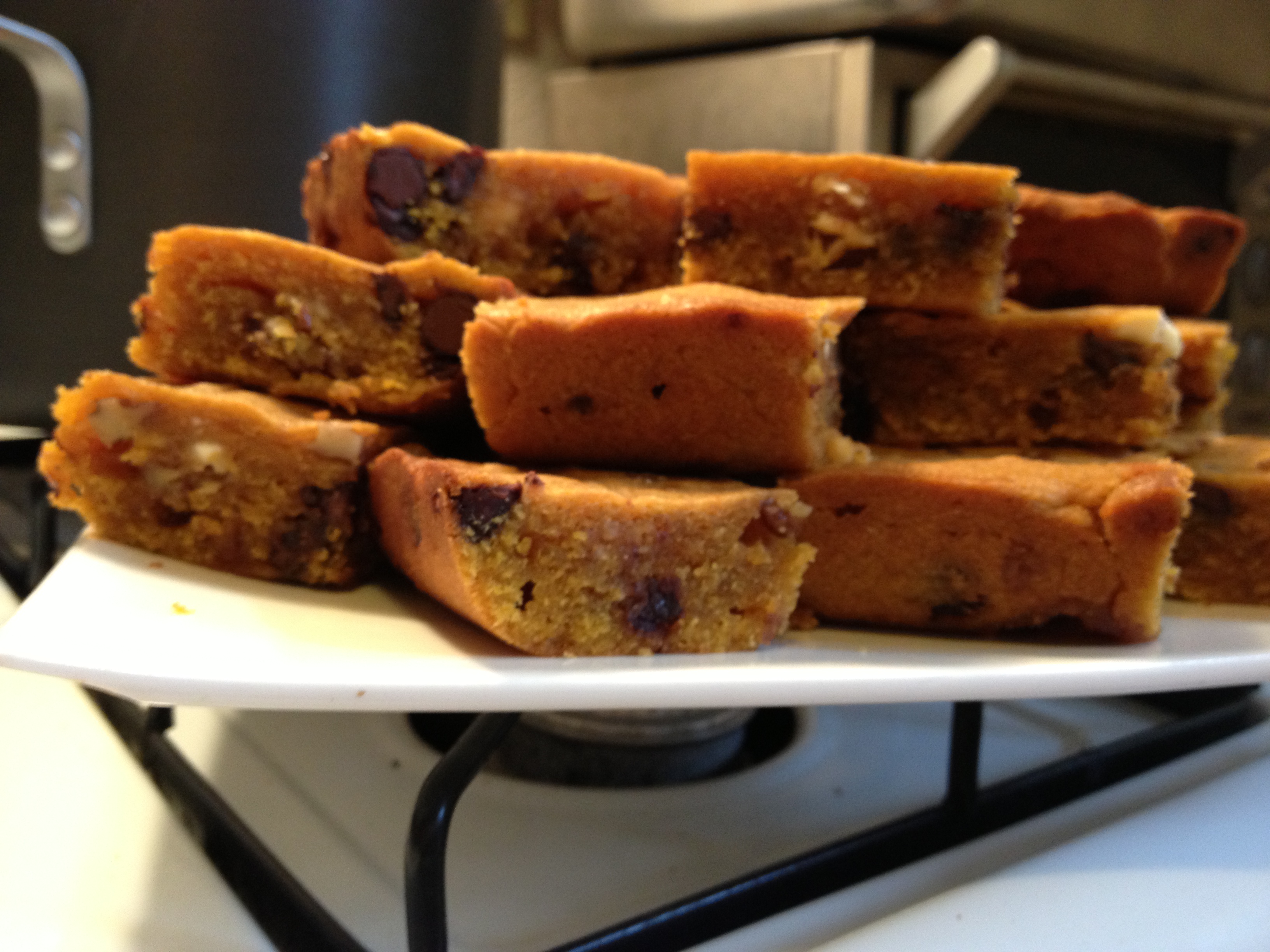 Let them cool before cutting them, I got 24 squares out of this batch.  Did I mention they are moist? So great for fall!

Now who wants to help with the dishes? 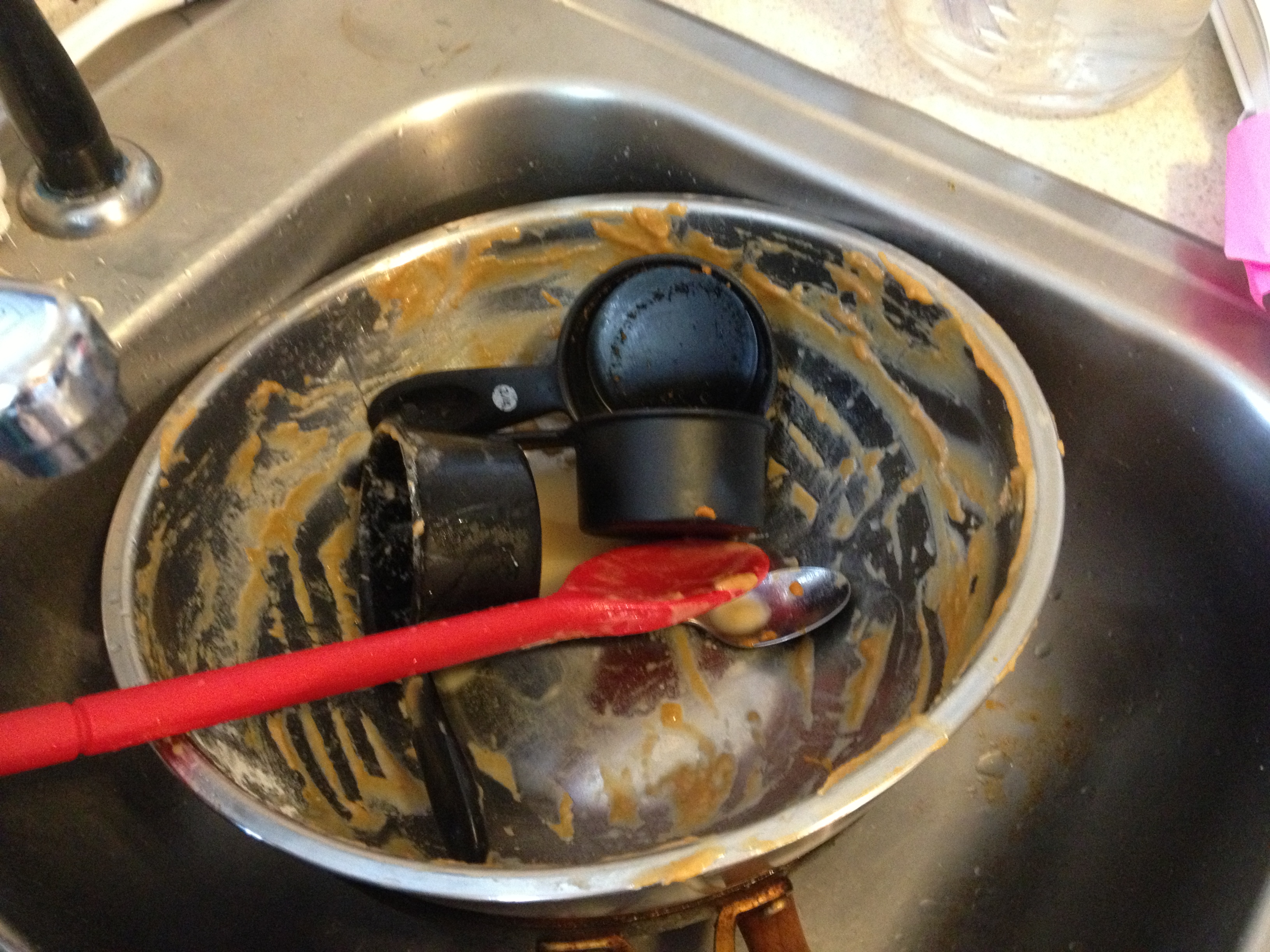